Listening to Burkard Schliessmann's Goldberg Variations is a little like eating tuna tartare for the first time after years of eating fish sticks. It's not that Schliessmann plays the piece better than anyone else. Glenn Gould's second recording on Sony (Mar/Apr 2004) and Murray Perahia's reading for the same label (Jan/Feb 2001) are both wonderful, too. But Schliessmann's performance is very, very different and, in a way, more exalted than either of his esteemed colleagues. First, he takes every repeat and often chooses more expansive tempos for the pieces. As a result, the dramatic arc of the Goldbergs has more definition and significance; I'm now convinced that it's absolutely essential to play this piece with all the repeats. Second, Schliessmann is a little freer with tempo than I'm used to. Maybe sometimes he's a little too free, for example when he rushes the downbeat after a trill in Variation 14; still, the phrasing and expression become more varied, more human, than in performances with a stricter beat. And finally the sound of the piano is gorgeous: it's not percussive at all; it's warm and inviting. (I imagine it sounds even better in an SACD player.)

Of many outstanding variations I could mention, I remember in particular the elegant, French-style gigue tempo he takes for Variation 7, the extremely vocal Variation 9, the fascinating subtlety of voicing in Variation 8, the uncomplicated joy in Variation 24, and the understated, con amore Variation 30 (the quodlibet). ... Schliessmann's overall conception and realization of Bach's last great keyboard work has so much distinction ..."
(Rob Haskins) 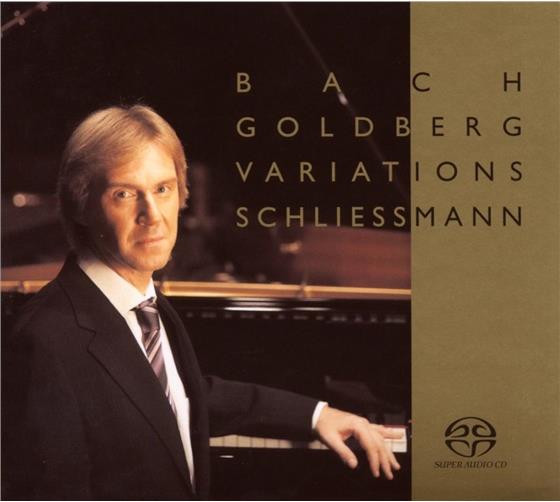