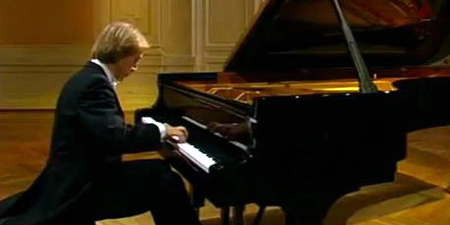 
Burkard Schliessmann, recipient of the renowned “Goethe-Prize of Francfort/Main” 2019/20, Germany, is one of the compelling pianists and artists of the modern era. As well as critical recognition – including two Gold Medals “Awards of Excellence” in September 2018 from the Global Music Awards, three Silver Medals for “Outstanding Achievement” in February 2018 and 3 Silver Medals for “Outstanding Achievement” in September 2017, two Critics’ Choice Awards from the American Record Guide, two Recording of the Year Prizes from MusicWeb International, the prestigious Melvin Jones Fellowship Award and the “President's Citation” from the renowned Bastyr-University in Seattle, Washington-State, USA, in 2012 – he’s also developed a considerable personal following over the years.

So what is it about his playing that keeps bringing people back?

“I’m pupil from Shura Cherkassky, Poldi Mildner, Bruno Leonardo Gelber and Herbert Seidel,” answers the pianist. “That means I represent the great romantic musical interpreters. Technical mastery is of course important, but my interpretations remain essentially intuitive. I don’t think or worry about the realisation of my interpretation.”

“For me, intuition means embracing everything at the highest level – both the emotional and the intellectual,” explains the pianist. “It is a kind of instinct that ensures you always do the right thing.”

Schliessmann is known for his performances of Bach, Chopin, Liszt and Schumann. Bach in particular is a personal passion, a composer who he has a deep-seated love for.

“In my youth I played Bach more than any other composer – by age 21 I could play his complete organ works from memory.”

“Growing up with Bach helps you develop a special sound,” he continues.

“What is demanded is a particular form of internalisation, both inner and outer lyricism. It is this that makes the Goldberg Variations, for example, so unique – and so demanding.”

Schliessmann enjoys great popularity in media and has been showcased at major German TV-studios, including the Philharmonie of Gasteig in Munich, the City Hall Wuppertal, and the WDR West German Radio studio in Cologne. Mr. Schliessmann has been featured by the WDR radio in its program “aspekte” in a joint production of the ARD/ZDF TV- channels. He has also been featured by BR Bavarian radio, HR Hessian radio and was broadcast nationwide and throughout Europe in the cultural programs of ‘ARTE’, ‘3sat’, ‘Classica-TV’, ‘Fidelio-ORF’ and ‘Classic Arts Showcase’, USA.

Burkard Schliessmann has collaborated with highly renowned regisseurs, such as José Montes-Baquer, Enrique Sánchez Lansch, Claus Viller, Lothar Mattner, Peter Gelb, Dieter Hens, Korbinian Meyer, Siegfried Aust and others. Famous critics have had no hesitation in placing him alongside the finest pianists: "This is the most imaginative playing one has heard yet on the level of Richter Michelangeli, Serkin, Wild, Could - the highest order of artistry"wrote the »High Performance Review« in the USA.

And Harold C. Schonberg, former chief music critic of The New York Times, quotes “... Schliessmann's playing is representative of the best of the modern school ...”

His interpretations from Chopin are highly praised. James Harrington writes in American Record Guide, USA - Volume 79, No. 2—March/April 2016: "I rank this Chopin among the best available. With both the technique and intellect to do just about anything he wants, Schliessmann's strength is in the lyrical, legato melodies that make Chopin's music such a cornerstone of the piano repertoire.

In American Record Guide, issue November/December 2011, James Harrington describes the reference of Schliessmann's Chopin to the past: "Rarely does any pianist communicate the essence of Chopin with such an individual conviction as I hear in these stunning performances. These late works are probably some of the greatest ever composed for the piano. To perform them well requires both exceptional pianistic skills and a remarkable intellect. Schliessmann arrives at his own unique interpretations, with reverence for the past (Cortot, Michelangeli, Rubinstein, and Horszowski especially). While each phrase is impeccably shaped, there is an overall thrust to each work that holds everything together. He uses rubato sparingly, and while he embraces the virtuosity in the music, it never overrides other musical content. After a half century of listening to a number of these works, I must say that Schliessmann shed new light on most of them. His is rarefied Chopin and needs to be heard by all music lovers."

When not playing piano Schliessmann is also a keen scuba diver - a qualified PADI Master Instructor and can refer to more than 8,500 logged dives in oceans around the world - and photographer, and has a deep interest in philosophy. How do these other pursuits impact his playing? “I’m inspired by all of these,” he answers. “They give me new power for my interpretations – for me, the whole world is art.”

“Scuba diving is very influential, particularly the colours of the underwater world. I try to put all of these colours into my playing – you could call it synaesthesia. I also find animals like sharks and mantas inspirational too, and my interactions with them have given a ‘kick’ to my playing.”

“As for photography, that is all about catching the feeling and impression of a moment. The similarities with piano playing are clear.”

Schliessmann dedicates considerable time to these interests, qualifying as a professional diver and launching his own photography website, “Adventures in Diving”, www.scuba-adventure.org.

Burkard Schliessmann is not only one of the most extraordinary artistic personalities and most successful pianists of our time, he is also a dedicated ambassador for the understanding of people through music and dedicated to social and ecological projects like the Project Aware Foundation for the “Protecting of Our Ocean Planet” and “Protect the Sharks” the world's leading divers organization PADI.

But this doesn’t mean he spends less time with his music, or that he doesn’t have any ambitions left in the field.

Diving also offers a psychological ‘border experience’, comparable with my experience of performing: when everything flows, the music merges with the intentions of the composer, the instrument, the acoustic of the hall and the audience to achieve artistic perfection – the highest ideal of all.

Burkard Schliessmann has been a Steinway Artist since 1990 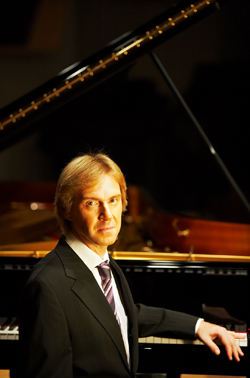