The British label Divine welcomes to its company a musician of the stature of Burkard Schliessmann, and also to present its first multichannel SACD in luxury packaging.

This album demonstrates once again the sheer genius of Bach but also the individual and highly considered interpretative style of the performer. Schliessmann is not a purist demanding rigid tempi and 'traditional' baroque styling but recognises the inner soul of the music and brings it to life in a new way - thus this recording will be welcomed as a new approach even to those who know the works very well.

Also a special inclusion on the disc is BWV 906, which Bach left as a Fantasia and an unfinished Fugue. The Fugue was completed by Busoni who also inserted the Adagio, BWV 968, which was arranged for piano either by one of Bach's sons or by the publisher Altnickol. It makes for a highly rewarding complete work. 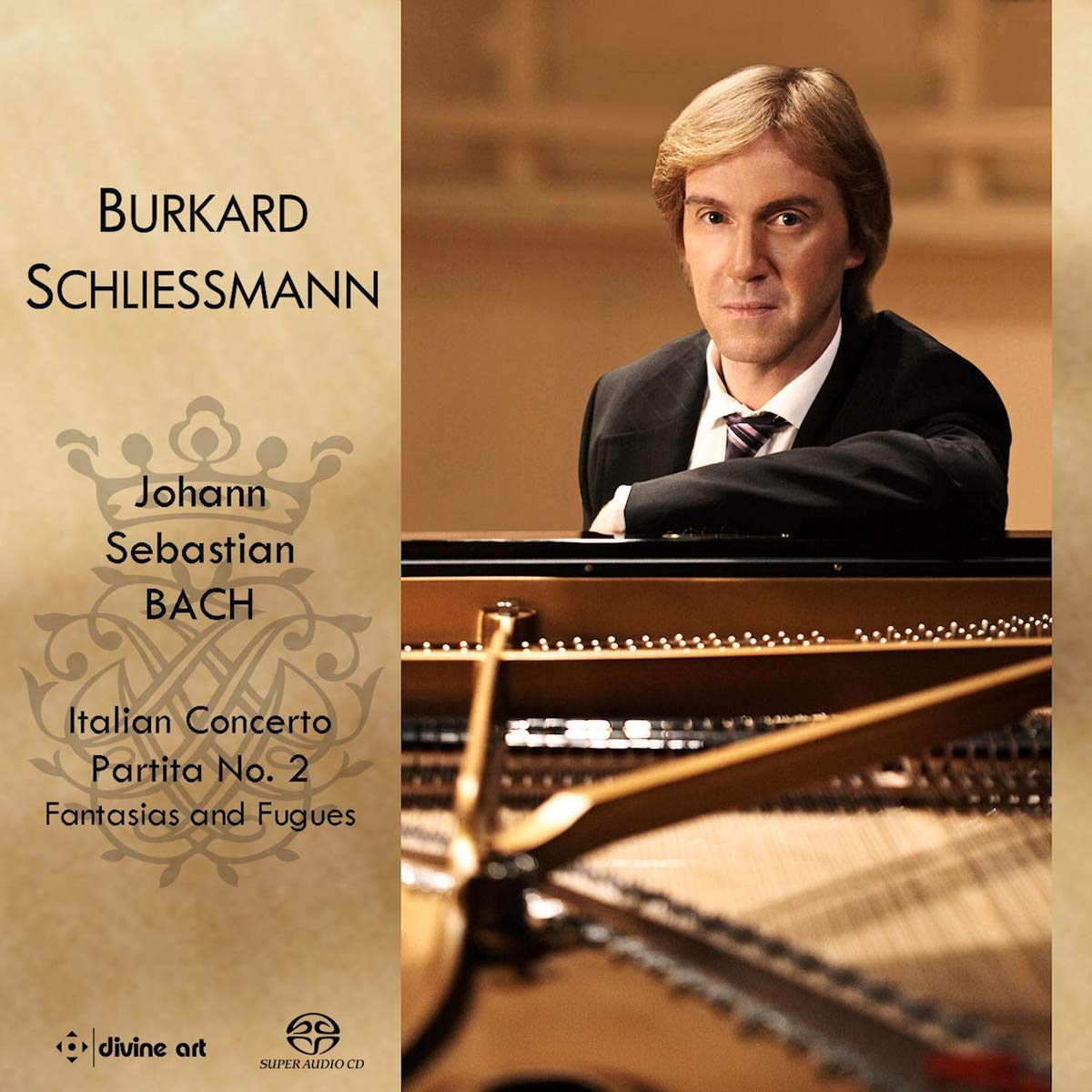